The detrimental effect on the provision of secondary health care in the NHSCT is apparent since 2007, and it must be remembered it was around this time that services were being reduced and removed from the Mid Ulster Hospital site, with the first major acute service removed being the award winning Maternity Department in 2006. It is even more alarming when we can factually state a reduction in the number of attendance’s at A&E’s yet an increase in patients waiting over 4-12 & 12 hours plus for treatment, the NHSCT are record breakers in that each month there seems to be a new record for the worst performances in the provision of health care in the history of Northern Ireland.

The NHSCT CEO Sean Donaghy has failed to bring operational or financial stability to the Trust, accompanied by the Chair of the Trust Jim Stewart who has failed at every board room meeting to identify among board members where exactly the problems are and in the past has tried to silence me from asking questions for Save The Mid.

I have been in attendance at nearly every board room meeting of the Trust since June 2010, at each and every meeting there have been apparent problems that are not fully discussed. Educated persons like Professor Dorothy Whittington and Mr Bob McCann have in their capacity as Non-Executive Directors posed serious concerns, both have been appointed by the Health Minister yet both are far to willing to succumb to the yes mantra echoed by Jim Stewart.

There has been far too much silence and little action on behalf of Health Minister, Trade Unions and the NHSCT. Although it was concerning to Save The Mid that UNISON never officially represented itself at any of the rally’s or meeting’s for the Mid Ulster Hospital, it is slightly gratifying now that when the Belfast City A&E is to be closed they will now ballot for strike action. Unfortunately their efforts now are far too late for the workers they represented at Mid Ulster and residents who used the services their Union Members provided.

Every person in a position of power must now take stock of the factual figures presented and take every action within their power to ensure that lifesaving services are returned to the Mid Ulster Hospital site, a site where they are not just needed; it is an area where these services are required.

Figures for 2011 are already suggesting the continual decline of performances in the NHSCT, with 1,338 patients already waiting over 12 hours in A&E’s during a 4 month period. This problem will not go away and neither will Save The Mid until action is taken by the Assembly to ensure that there is the provision of acute services in Mid Ulster, for the people of Mid Ulster, and we will continue to try stave off those who are planning to turn the Hospital site into a health centre for both private and public health care.

Chair Save The Mid 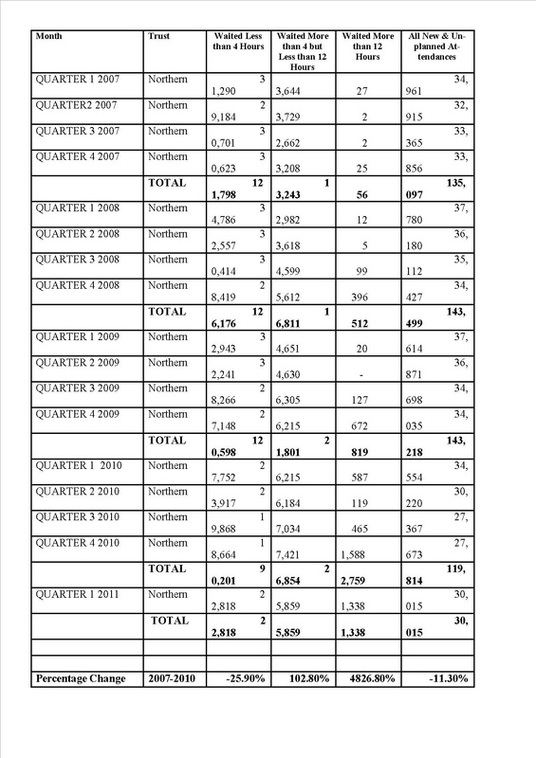 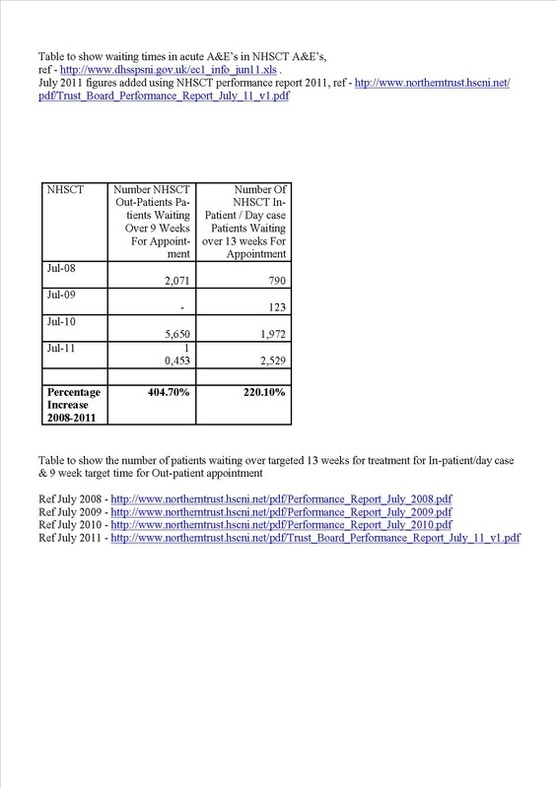